skip to main | skip to sidebar

Behavioral economics has demonstrated systematic decision-making biases in both lab and field data. Do these biases extend across contexts, cultures, or even species? We investigate this question by introducing fiat currency and trade to a colony of capuchin monkeys, and recovering their preferences over a range of goods and gambles. We show that capuchins react rationally to both price and wealth shocks, but display several hallmark biases when faced with gambles, including reference-dependence and loss-aversion. Given our capuchins' inexperience with trade and gambles, these results suggest that loss-aversion extends beyond humans, and may be innate rather than learned.

A handy paper to send to your favorite derivatives trader.
h/t to Brad DeLong.
Posted by Bernie Kubiak at 10:00 PM No comments:

Springfield Mayor Domenic Sarno says city to launch war on the streets to combat latest spate of killings
A War on Killing! Where's George Carlin when we really need him?

Canton Selectman Bob Burr Ends Campaign for Ted Kennedy's Senate Seat
Now that really narrows the field. (His "campaign" ended when he failed to get enough signatures).
Posted by Bernie Kubiak at 6:49 PM No comments:

Brad DeLong points to this critique of Ross Doubthat but why presume there is actual thought behind Ross's scribbling? At least David Brooks pretends to do research.
Posted by Bernie Kubiak at 6:22 AM No comments:

Note to self: hit lottery or find job with major money center bank.

For folks with real money and conspicuous consumption syndrome, Christmas is coming.
Posted by Bernie Kubiak at 5:54 AM No comments: 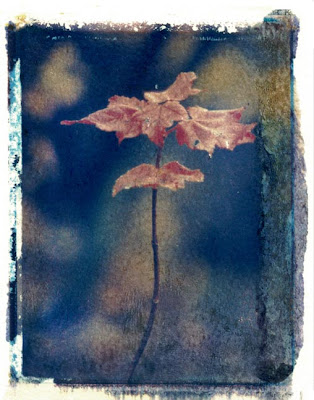 Friday, the Telegraph reminds us, was the "use by" date for existing packages of Polaroid film. Unlike standard film, you're not supposed to store Polaroid materials in the refrigerator or freezer to extend useful life. Using out of date materials is something of a sideline among "analog" photographers so its demise will be extended for a bit. Given the fall color, I should unearth the last packs of 669 from the back of the bookshelf and go shoot some.

Polaroid had a profound impact on photography by providing for "instant" snapshots, proofing material for commercial photographers and a platform for fine art types. The company hired photography notables to work with its products (think St. Ansel in color) and amassed a considerable collection of photographic art, which will now be sold off in bankruptcy. Gone are the huge view cameras that William Wegman and others made good use of.

Supposedly Edwin Land discouraged experimenting with his products but the company developed an artsy sideline, promoting techniques like transfers (above) of the Polaroid inks or emulsion. Sitting off in the corner is the Sunpack slide printer, bought cheaply went Ritz decided to discontinue it eons ago, which I used for an occasional transfer. Support for the arts faded then disappeared when the ailing company got bought out, and a management scandal or two sunk it completely, leaving only the name as a commodity with any value.

Fuji still makes instant film (I'm not certain about its compatibility with 'roid holders) and there's an attempt underway by some investors to restart production of Polaroid materials in Europe. Head over to the UMass Fine Arts Center to see how Andy Warhol used the stuff.
Posted by Bernie Kubiak at 8:53 AM No comments:

The New York Times Does Not Like the European Welfare State

Along with Krugman, Dean Baker is a must read.
Posted by Bernie Kubiak at 8:03 AM No comments:

While Bill Dwight's email has managed to really roil NoHo's mayor's contest, Agawam is really where the action is. Current lame duck Susan Dawson gets herself into another fight, once again at the Hall of Fame complex (what is it about that place). Dawson claims to have a "personal relationship with Jesus" and will now be issued a no trespass order courtesy of the guy who owns the restaurant (see the Republican for details).

Meanwhile, the leading vote getter in the mayoral primary, Derek Benton, admits to an arrest at a downtown Springfield strip club for destruction of property and assaulting a police officer. Benton, a former aid to Brian Lees (and presumably a good law and order Repub) calls the whole flap "petty politics" and notes that "its not me" who was arrested. If it wasn't him, who was it?

Moral of the story: when an Agawam politician promises to "fight" take them literally and be concerned about the assault rate in downtown Springfield.
Posted by Bernie Kubiak at 6:55 AM No comments:

Someone on Ralph Lauren's crew over did it with the Edit --> Transform --> Skew function in Photoshop. My favorite remark in the comments: "I had no idea Pez had a "Fashion Week" dispenser line." Boing Boing among others is having some fun with this and RalphCo's reaction.
Posted by Bernie Kubiak at 6:36 AM No comments:

Mitch Epstein, who hails from down the road in Holyoke, is on a quest. The NYT reviews his efforts at making images of America's energy sources. Epstein is a remarkable photographer and his book based on the family's business (the late Epstein Furniture) is compelling.
Posted by Bernie Kubiak at 6:25 AM No comments:

Don't just do something, stand there.

From Lowering the Bar:

There are many sad examples of innocent bystanders and police officers being injured as a result of high-speed chases, and so it is understandable that some cities might direct officers not to engage in those kinds of pursuits, on the grounds that it usually isn't worth the risk. But Wellford, South Carolina, is probably the only place where police have been directed not to chase suspects at all, even on foot.

Posted by Bernie Kubiak at 11:28 AM No comments:

Bernie Kubiak
Born during the month of the Hunger Moon in the year of the Rat. Not aging well at all. I've been involved in state and local government for probably too long. When I'm not working for a living I make photographs, some of which can be seen at www.berniekubiak.com. The opinions expressed here are mine, not that anyone would want to share them.